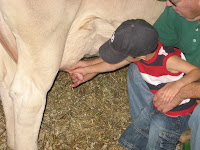 The end of summer is near in the Metro Detroit area, but that doesn't mean the "D" doesn't know how to put on a party with Labor Day weekend featuring not only the Michigan State Fair, but Arts, Beats, and Eats, and the Detroit International Jazz Festival. Today, the state fair was on our to do list, and Little Dirt Dawg enjoyed all the animals including a chance to "milk" a cow. 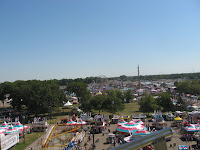 High above the fair, on our overpriced ride coupons, we scouted for rides, food, and animals. 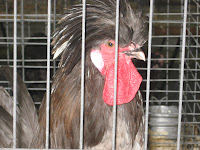 This guy suggested that we try turkey, the other white meat. 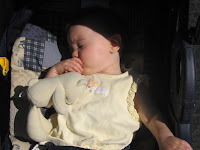 In the end, even Dirrty Feather had said enough is enough and faded out.
Posted by Unknown at 6:03 PM